Ballerinas in the Snow

When wandering through a meadow during late winter it is not uncommon to come across a cluster of pendulous white blossoms atop delicate green foliage poking up through the snow, like a group of ethereal ballerinas. Understandably, these delightful blooms have earned themselves the popular name of snowdrops. 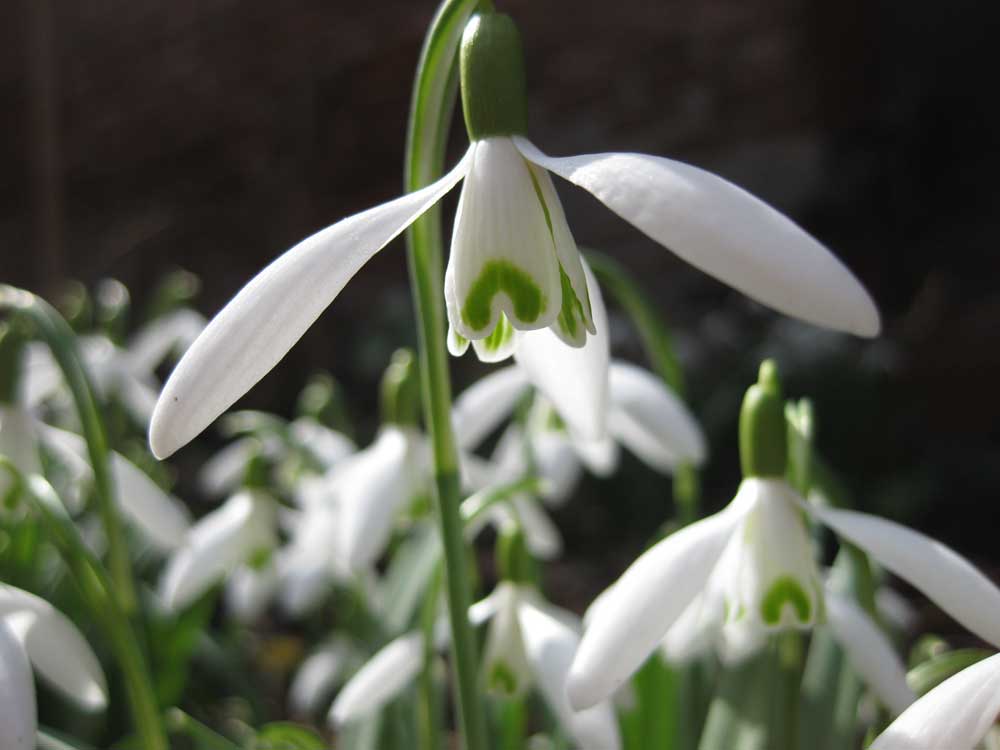 The common Snowdrop (Galanthus nivalis), and other related species are members of the showy Amaryllis family, and although far less bold and colorful than some of their cousins, snowdrops are still striking, as they are often the only flowers to appear in an otherwise barren winter landscape. Before the appearance of the blooms, a group of Snowdrops may be easily mistaken for a clump of grass, as its leaves are long and thin. However, once the flowers open, they demand all our attention with their elegant beauty. Even though they are cold-weather-lovers, the flowers are responsive to light and warmth, drooping mournfully on ill-lit days and opening their petals wide when the sun appears. Actually, what appear to be three long petals around the outside of the blossom are in reality sepals (the lower, protective part of a flower, usually green, which encloses the delicate bud before it opens). The shorter petals protrude from the middle of the flower like a funnel, tipped with green markings.

After the flowers have died away there remain seedpods filled with small white seeds that contain a substance which attracts ants. Foraging ants carry the tempting seed pods into their tunnels, eating all except that which is necessary to produce a new plant next year, and in this way snowdrops are able to ‘colonize’ new territory. 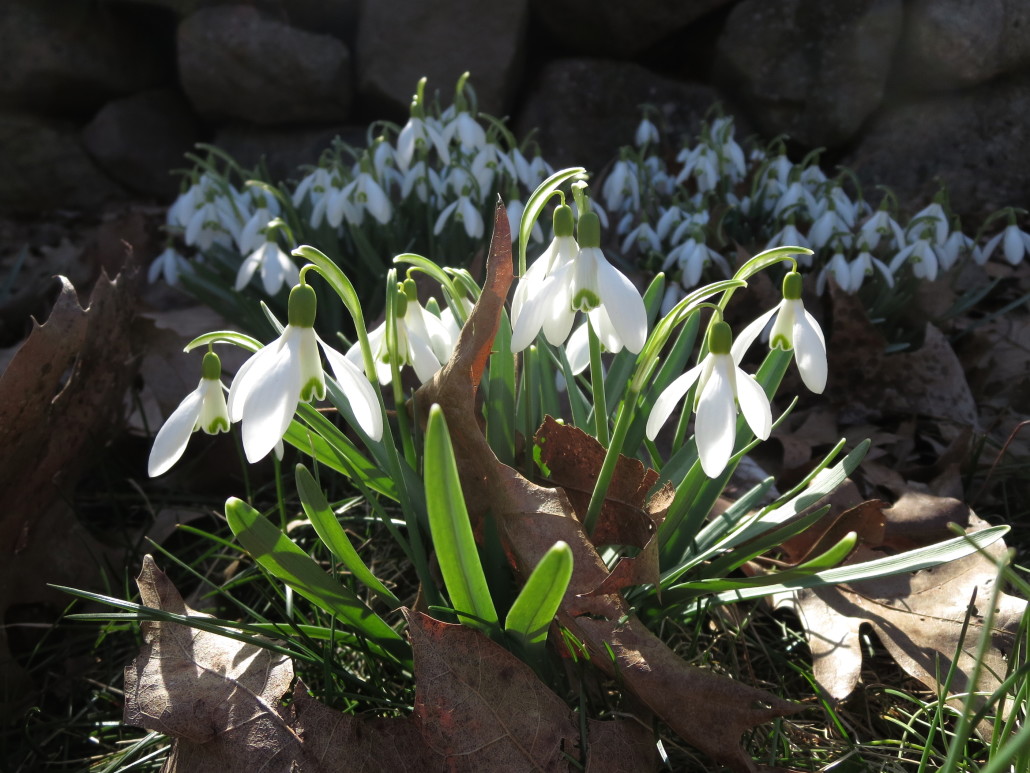 Although inedible in any quantity, the snowdrop has some rather interesting medicinal properties. The plant contains galanthamine, an alkaloid which has proven successful in the treatment of Alzheimer’s disease and traumatic injuries to the nervous system. Snowdrop lectin is also being researched for its possible uses in treating HIV.

The plant makes a very effective insecticide against beetles, wasps and moths, however its most effective property is its ability to lift the spirits after a long  winter, and to assure us that spring is just around the corner.