Valentine’s Day meant my dad Walt would go down to Trudy’s Drug Store in Suffern and buy my mom Tessie a big heart-shaped box of chocolates. Inside the box the chocolates were individually wrapped in little accordion-cupped papers. There were dark, milk and white chocolates, and they were all filled with something. There were nuts, mints, jams, caramels and various sweet, chewy mysteries. Ricky and I learned from my sister Muffin how to pierce the flat bottoms of a chocolate in order to test its contents. Soft, chewy things were usually disgusting while hard ones were usually good, although this was not a fixed rule. One year the mint chocolates were not firm, instead composed of a delicious, almost honey-like substance, while what appeared to be nut-filled chocolates turned out to be shriveled, dried figs. The rule to invading the heart-shaped chocolate box was that Tessie had to have first dibs. Which usually didn’t take too long – she always opened the box as soon as Walt gave it to her. 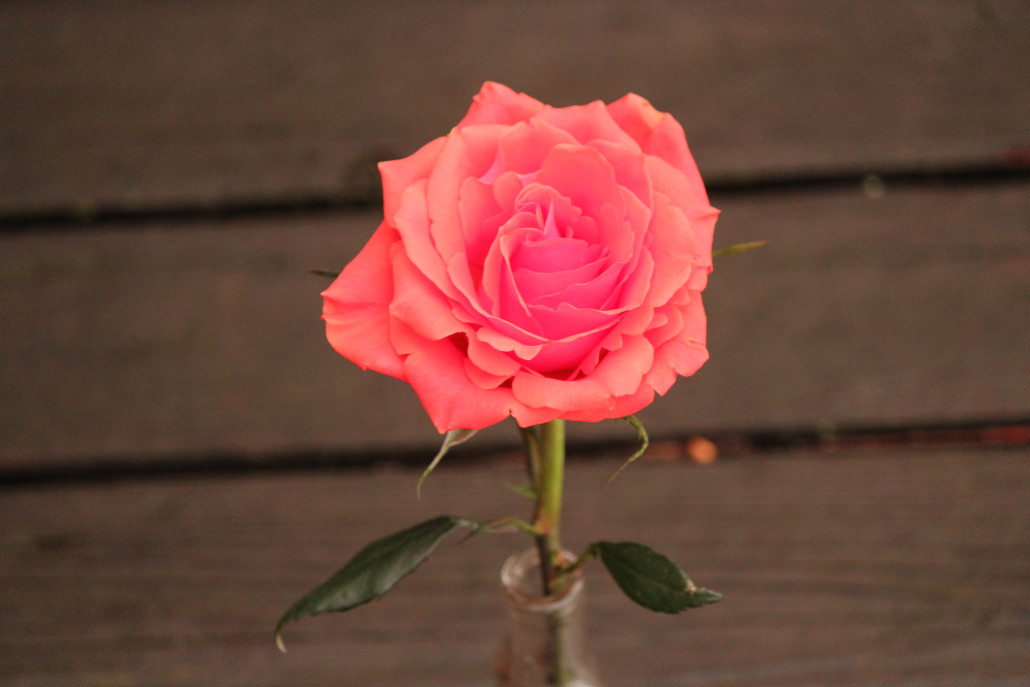 This year Walt offered to take Ricky and me with him to buy the Valentine box of chocolate. Previously this had been something he always did alone. So we jumped into the truck and rode down to Suffern. Trudy’s was a drug store that also sold boxed candy, and was the place to take your camera film to have it developed into pictures. In those days cameras had little rolls of film that had to be sent out for developing into negatives and prints. This usually took at least a week. Sometimes you would drop off a roll of film and months would pass; then one day in the winter you would walk into Trudy’s to buy some aspirin or deodorant or something like that, and someone behind the counter would say, “Hey, you still got a roll of film back here waiting for you!” And you’d say, “I do?” And then you would pay for it and stand around in Trudy’s looking at the pictures and saying, “I’ll be damned – look at us in the summer time!”

So we followed Walt into Trudy’s and watched as he picked out a big heart-shaped box of chocolates. Cindy Maloney and her mom were in the store and they were looking at a wooden crutch, covered with a foam pad so you could lean on it under your underarm. We knew what this was about. Cindy’s dad John Maloney had badly sprained his ankle chasing her little brother Mort across the ice in front of their house. We knew this was a sore subject so I figured we weren’t going to say anything, just as Ricky, who had been studying the rubber bottom of the crutch, walked up to Lorraine Maloney and said, “Maybe you ought to get rid of that rubber tip and sharpen it to a point so he can walk on the ice?”

Lorraine said, “Maybe you ought to mind your own business.”

Cindy turned him around and moved him back beside me. “My mom is not happy about my dad’s ankle. She’s getting him the crutch so he’ll go back to work. He is driving her crazy.”

I said, “Well, maybe she ought to get him a Valentine’s box of candy…”

Cindy looked at me and said, “Oh yeah, Chucky, and what are you getting me?”

There it was. I somehow didn’t see it coming. I was just talking with them and next thing I knew I walked right into that one. I had to think quick. I said, “Well it’s nothing you can eat.” I said that because I knew if I bought her chocolate Ricky and I would eat it first.

She grinned and said, “So I’ll come over for it later today.” She turned to her mother and looked back and said, “And I’ll bring you something, too.”

Ricky said, “And what about me?”

She looked at him. “Well you’re not my boyfriend, Ricky.”

She nodded and walked off.

Outside we followed Walt, with his Valentine’s gift, back to the truck. Walt, who had heard us kids talking, tossed the box into the truck and then walked us up to the Florist’s Shop. We went in there and he picked out two roses, a red one and a yellow one, and he had them wrapped individually. He then said to me, “Here you can give this to Cindy”, and he handed me the red one. He looked to Ricky and said, “Yellow ones are for friends on Valentine’s Day, so you can give this to her as a friend.”

We took our roses and Ricky asked, “Is Chucky going to marry Cindy?”

Walt said, “This ain’t about getting married, Ricky. This is about keeping the peace.”

We climbed back into the truck and Rick asked, “But were we at war?”

Walt said, “No, but this keeps you from going to war.”

Later that day, close to supper time, Walt gave Tessie the candy box. She opened it and as soon as she took off the heart shaped lid you could smell the scent of mixed chocolates. She examined one and ate it. Ricky and I were both allowed to take one. We studied the little lumps of sugary delight and then carefully made our choices. I ended up with a hard mint chocolate and Rick got a chocolate caramel. As he chomped down slowly, working his teeth through the hard caramel, we heard Cindy come up onto the back porch. I let her in and she handed Ricky and me each a small envelope. Tessie then offered her a chocolate and Cindy managed to choose one containing almond clusters. I then opened my envelope and found not a card but a black and white snapshot of Cindy standing by a tree. Ricky then said to her, “Whaa ou gaa me for? I ain’t ou oy-friend?”

Despite the hard candy he talked through she understood and said, “No, you are my friend, that’s all.”

He opened his envelope and found a snapshot of a dead fish. He was thrilled and showed it to Walt and Tessie proudly.

We then both gave her our roses and she smiled and kind of turned away. Ricky, who had by now finished his caramel, followed her around and said, “Hey what are you crying for? Don’t you like flowers?”

She tried keeping away from him but he followed her across the room, so Tessie announced we could each have another chocolate. We all returned to the box and studied it carefully.

Ricky said, “I think there’s one of them lousy coconut ones in there.”

I said, “Or maybe one of them cherry flavored ones that taste like cough syrup?”

Cindy said, “Or something crispy, but you don’t know what it is.”

That was the worse, getting something you don’t know but feeling obligated to eat it anyway. I slowly moved my fingers toward a roundish dark chocolate one and Cindy said, “I don’t think so.” So I took up a chocolate square. It turned out to be a little wafer dipped in chocolate, nothing special, just a plain wafer. Cindy found a mint and Rick eagerly grabbed up a dark round one, tossed it into his mouth and then shouted, “Coconut!”