Dead Mink in May

Storyteller Chuck Stead brings us a spirit tale for this month of May. If you’re at camp with us this summer you’ll hear plenty of Chuck! If not, let this tale hold you until September.

Dougy Cramshaw found a dead mink in the road. It was not a fast traveled road, it was a slow village road called Mountain Avenue. The mink, which is in the weasel family and looks like a small otter, was not physically damaged in appearance. When Dougy first saw it he thought it was napping. It had been freshly killed, and despite the warm May sunlight it was not yet rotting. He carefully cradled the mink in his arms and brought it to his grandmother. Old Lillian Cramshaw examined the pretty little fur-bearer while her pig monster dogs whined desperately to get at it. Mink have a very strong odor that raises all sorts of dog concern. The closest water body for this mink would have been the Fountain Pond Park, but more likely it had come from the little brook along Sixth Street. Perhaps it swam from the Ramapo River into the brook under the Thruway and then walked through the village. 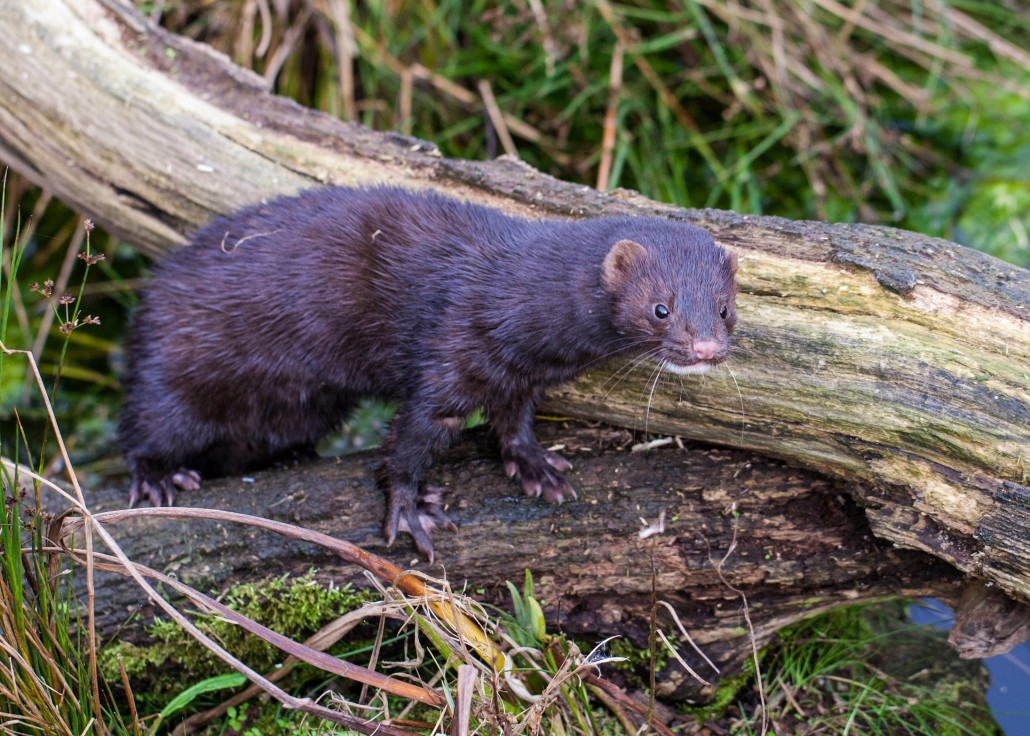 Still – for a mink to be this far from water most likely meant it was foraging for its new family. In May young mink are just getting ready to go out on their own, but a parent (especially a mom) will still go hunting and gathering for them. Dougy was worried about the idea of these now being orphaned mink, but Grandma Cramshaw believed that the young mink would do well on their own. So he and his brother Ricky brought this dead mother mink down to my folk’s house where my dad Walt skinned the little animal and stretched the fur on a mink board to dry out. Then Walt gave the Cramshaw brothers the little naked mink wrapped up in a brown A&P shopping bag to bury in the woods. But we were told to put her in a shallow grave so that the rest of nature could eat her. Dougy objected to this idea of being eaten.

Dougy insisted that a little animal grave be a memory place and not a lunch counter.

Walt said, “You don’t bury memory, and then there’s the spirit, you know.”

“What comes of that?”

“It goes into the grubs and bugs and worms and maybe the crow or a vulture and it carries on.”

So Dougy agreed, and we buried the mink on McGregor’s Hill. For weeks afterward Dougy visited the place and took note of the gradual decay and occasional disappearance of her remains. He doubted that her spirit went to the worms and was troubled about it floating around aimlessly. Then one day while fishing down under the Fourth Street Bridge he saw two young mink happily chasing each other down stream. They played like otters or seals, dodging each other swimming about with great skill. They swam close to Dougy and then stopped short and stared at him. After that he was OK about the dead mother mink, he told us her spirit was there in her children.