Wild food forager Paul Tappenden describes how to spot one of nature’s first signs of spring (not an edible sign!)

Last Wednesday, we had almost spring-like weather (before the big blizzard hit and turned the world into Narnia). We knew the snow was coming and so took the opportunity to take a walk in the woods. Since it’s February, we were pretty sure that we’d find the early flowers of the skunk cabbage, popping up through the marshy ground. We weren’t disappointed.

It is a funny thing about skunk cabbage flowers: at first they are hard to spot, but then once you’ve found one, others begin to appear, until you see them coming up everywhere. Each bloom is unique, ranging in color from deep maroon to combinations of red, yellow, and green. 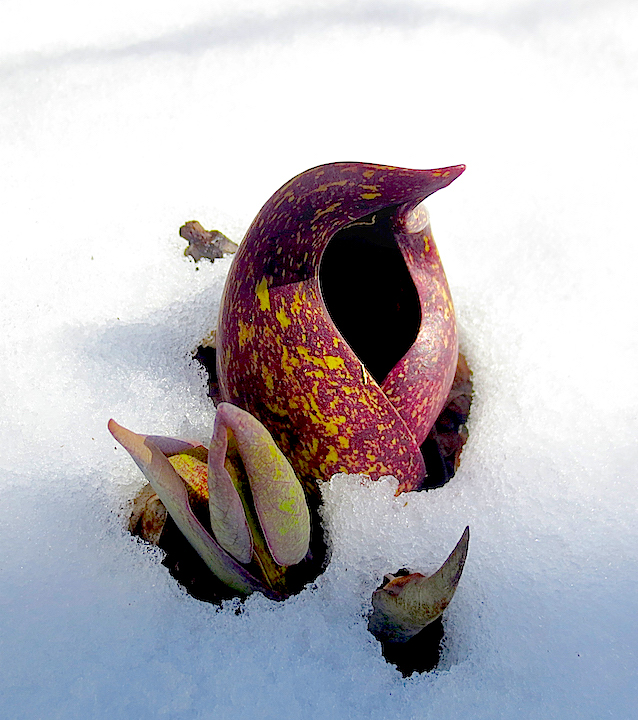 At the moment, the flowers are resting under the snow. However, these plants are thermogenic, and are capable of raising their temperatures considerably, melting the snow that surrounds them. They will soon be peeking out of the holes they make. At that point, they are really easy to spot.

Anyone coming across these strange, exotic creatures for the first time may wonder whether they landed here from another planet. However, after a few weeks, the flowers fade away and the bouquets of green cabbage-like leaves appear. Don’t be fooled by their luscious appearance. They are not edible.  Seconds after putting a piece of the plant into your mouth, it is like having a mouthful of hot needles. Rather, enjoy them for the beautiful things they are – a feast for the eyes and for the soul. 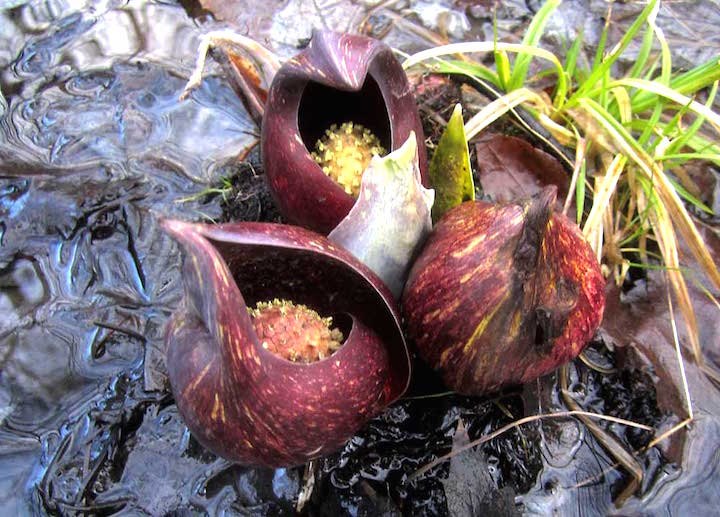