A short while ago, right after the first week of February, I heard from others that they saw blooming(!), on our campus both crocus and snowdrop flowers.

Someone else shared they saw a flock of robins. Now granted, the robin flock could have been around all winter, but still, my first thought upon hearing this news was: I don’t feel that winter has even begun. Do you have a similar feeling? (Although this past weekend gave us a cold, seasonal jolt). 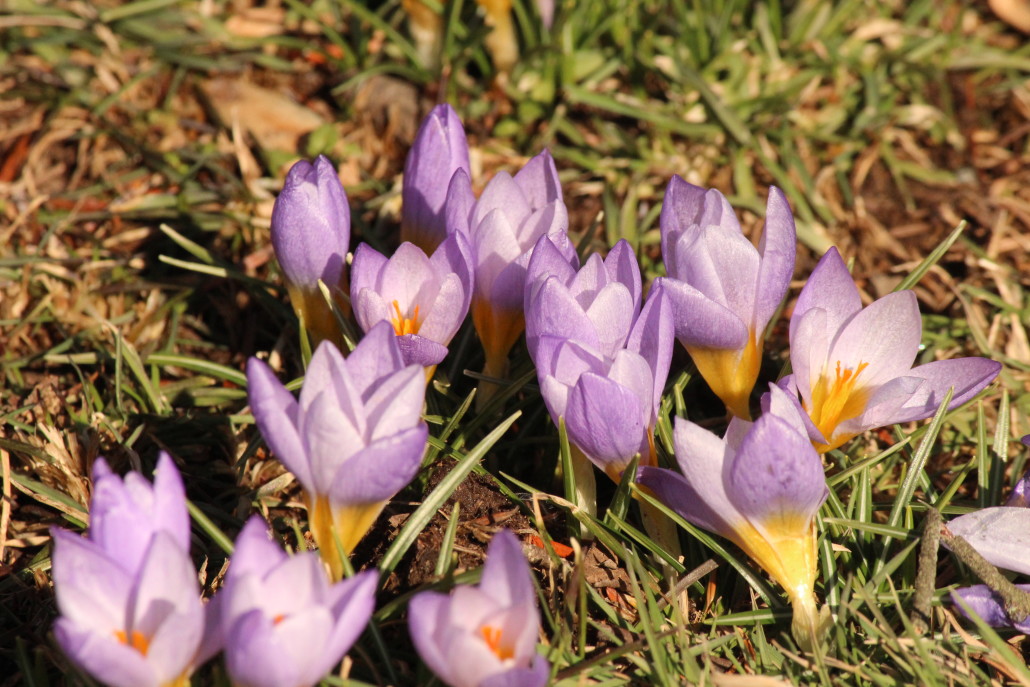 And for the last three weeks I have seen sapcicles hanging from branches and trunks of the maple trees lining the road in my neighborhood, a definite sign that the sap is moving – flowing – inside the maples! Cold nights and warmer days provide the stimulus for the sap to move, leaking out on warm days from small cuts in the bark or from fresh woodpecker holes or from branches where squirrels have chewed off the buds. This leaking sap then freezes into a sap icicle (sapcicle) during the night when it is colder and the sap stops dripping.

So what does all this mean for the upcoming maple sugaring season?! Some have already tapped a tree or two, and report that the sap is flowing freely. Will this be an early sugaring season? It sure looks like it – I just read last night that Adirondack sugaring operations have begun tapping, collecting and boiling – more than a month earlier than usual. Traditionally, we tap our trees sometime between the third week of February and the second week of March. But with the recent cold (or ‘normal’ winter) temperatures we’ve had, and then the sudden warming of weather, the time to tap is now!

If you are a backyard tapper and have everything you need, go for it. Tap – if you haven’t already – your tree(s) now that the day time temperatures are more or less above freezing, and the night time temperatures below that mark.

And if you are waiting until March 5th (our maple sugaring programs!) to become a backyard maple syrup maker, it will be fine to tap at that time, also. Maybe you would have missed the beginning of the season, but don’t worry, there is plenty to go around.