Storyteller Chuck Stead brings us a spring tale of milkweed and monarchs for this month of April. 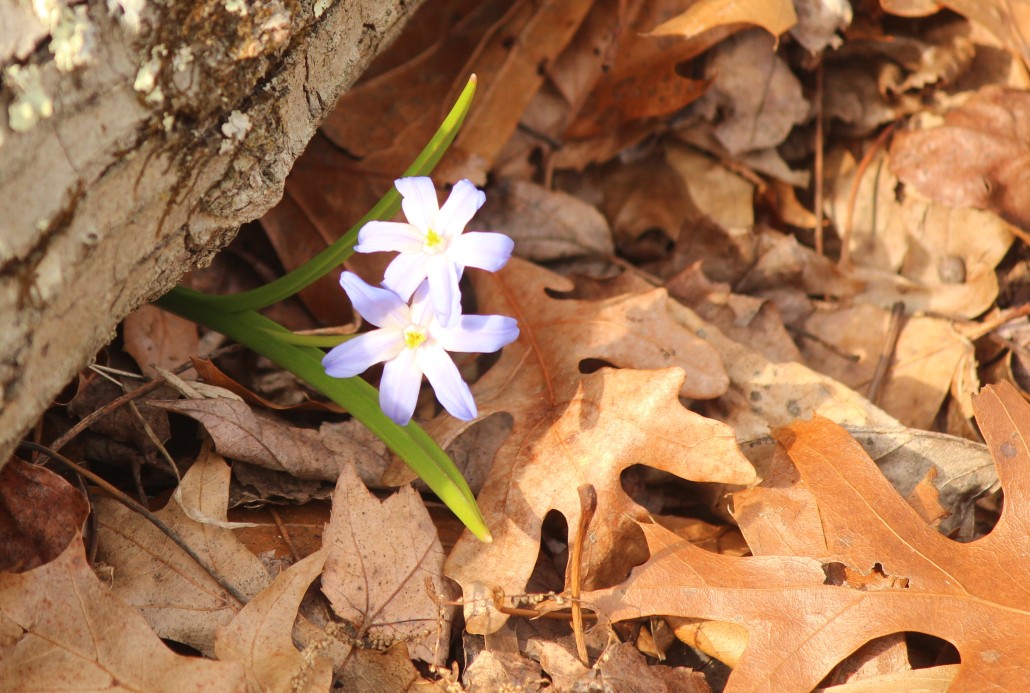 After the last thaw, when the earth is still cold but no longer frozen, when it gives off a sweet first scent of spring, and when the first green shoots called “plant tops” come forth, that is when the grandmas with their children forage for the new plants. There is great debate about the art of taking these shoots. Some believe that to obtain their full nutritional benefit, the whole plant is to be dug up, roots and all, while others advise cutting the plant at the base in order to allow for future growth. Even the removal of the plant at the base is debated with ‘traditionals’ pinching off the stalk while ‘moderns’ neatly trim it with a scissors. And there is debate about drawing the best medicine from the plant, with some people boiling the new shoots in water and then once they are cooled adding them to a local meat (venison, fish or fowl), and others claiming that the plants should be eaten raw. These early plants included dandelion, milkweed, lambs-quarters, garlic mustard, and watercress.

Ricky Cramshaw’s grandmother didn’t go very far for her early greens. She picked lambs-quarters and garlic mustard at the back of her property along the base of McGregor Hill. There was dandelion everywhere as well as plantain; and along a rocky patch by the Thruway cliff were some milkweed. The problem for me was her nasty little pig monster dogs that roamed the backyard and peed in all these places. The old lady told us this was not an issue. She said, “I don’t feed them dogs canned dog food store-bought like. I give them real food – nothing bad and greasy – so their pee is just fine.” Of course she washed her greens but still, I was not comfortable with the idea that something in my salad might have been peed on by pig monster dogs.

Ricky and myself came around the side of the Cramshaw house and found the old grandma with Rick’s little brother Doug picking early spring greens. They both had a little scissors to cut with and they shared an Indian basket for gathering. With the pig monster dogs roaming about I hesitated. Rick told me they would leave us alone if we helped pick greens. So we both hunkered down and started to pinch off some new dandelion shoots. Dougy discovered the first new tops of milkweed and asked if she wanted them, too.

The old white haired woman came over to the foot of the cyclone thruway fence and stared down at the baby green tops of milkweed just above the stony soil. She told us the Indians called this plant Frog’s Milk because the mature husk looked warty like a toad. Dougy said they ought to call it Toad’s Milk. Grandma said, “I suspect you are right but nobody eats toads while frogs, like milkweed, are eaten, so it’s called Frog’s Milk.”

Dougy reached down with his scissors but she stopped him. “No” she said, “Leave this milkweed for the butterfly – you know the orange/black one, the monarch.”

“That butterfly plants her babies in them. When those babies hatch, they eat the milkweed leaves.” She looked down at an empty tractor trailer banging along the north lane of the Thruway. We all watched it rumble past us. Even the pig monster dogs came over and watched it go. Once the echoing thunder drifted off the old woman looked again at the little new milkweed and she said, “I dreamed about that butterfly last night. That’s a dream of change. Change is coming always.”