Hall Pass to a pretty how town

It was in my sophomore year at Albertus Magnus High School that I broke my knee – tearing cartilage in two places – and ended up missing a great deal of class time. I made it up at home reading endless boring textbooks about subjects I felt I would never need to know again in this lifetime. But I also spent hours reading Ernest Thompson Seton, John Burroughs, John Muir and Aldo Leopold as a vacation from the text books. I was familiar with Rachel Carson as a result of my Uncle Mal ranting that she was an anti-American Communist. So I found her wonderful and scary book Silent Spring and read that mostly so I could counter Mal’s opinions on Carson.

Come fall of my junior year I was fresh from knee surgery. Our Athletic coach, Mr. Tom Collins, exempted me from gym with a permanent study hall in the cafeteria, where I regularly picked up a Hall Pass and went to the library up on the second floor of the school.  I had developed something of a reputation for reading and writing poetry, which meant that upon arriving to the library I was escorted to the likes of Rod McKuen and Jonathan Livingston Seagull, neither of which could keep my attention. My older sister Muffin had left some of her Beat Generation material around and as a consequence I had found my way to Allan Ginsberg’s “Howl”. Then one day, thumbing through some more of Muffin’s poetry books, I opened for the first time a collection by e. e. cummings and read these three lines:

I was amazed at the randomness of the writing, it felt to me like the way thinking happens. I put the book down on the table and staring at it I thought, “book of poetry on table of polished wood no need to hurry the hall pass is good”.  This word play reminded me of Bob Dylan’s lyrics. It was no doubt cumming’s refusal to use capital letters that first attracted me but soon I was following his drumming rhythm into places I didn’t know existed. I read everything I could get by cummings and then re-read it. I talked with teachers about his style but soon found I was talking to myself. I tried to write like cummings but failed at it.

It was October of 1969, and while Vietnam loomed at the edge of my world, I put off thoughts of war while in the school library, where cummings ranted a bit like a mad man and distracted me long enough to not worry about things. Back in Hillburn Cindy Maloney was shipped out to live with her grandmother; Cousin Buzzy was still around but he was attending Suffern High School and involved in a whole different society now; the Cramshaws moved down to Oakland, NJ, so seeing them was much less frequent.

Before I stepped off the school bus at the end of the day I yanked off my neck tie and shoved it into my book pack. The crisp, earthy-smelling world in the village embraced me as I walked up Second Street and encountered my Uncle Mal climbing out of his pick-up truck. Sometimes it is the little things that resonate most, and on this fall afternoon a small token of life passing by was about to land on the ground between us. Mal saw me and said, “The weary scholar come home from the academy.”

I said, “Anyone lived in a pretty how town with up so floating many bells down.” 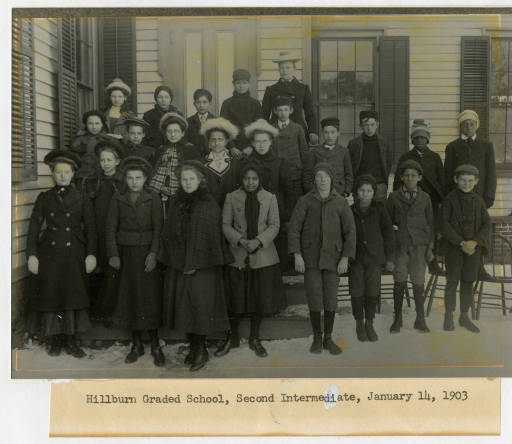 He eye’d me suspiciously and I explained I was quoting e. e. cummings. He said, “An educated poet, that’s a helluva thing.” Then he grinned and said, “Let’s go down to Hagedorn’s for ice cream, last of the season.”

I shove my hands into my trouser pockets and pulled out a couple of dollars but a small slip fell out and landed on the concrete sidewalk between us.

“Yeah, with this I can get out of Study Hall and go to the Library.”

Mal said, “It’s a Hall Pass to a pretty how town. Now back in the old Hillburn School we didn’t have Hall Passes. You either was where you belonged or got a whipping.”

I shoved the pass into my pocket and we climbed into his pick-up. As we drove around Mountain Avenue we turned the corner at Fourth Street and Mal indicated the old school across the way. “That’s just a simple country school house but you know a poet can come out of most anywhere.” As we drove along the street and out of the village, through the valley brilliant with autumn color, I felt that little crumpled bit of paper in my pocket and thought about how a lot of small things and some big ones led me to reading poetry: a hunting accident, led to surgery, led to extra study halls, led to Hall Passes to the school library, or as Uncle Mal observed, to a pretty how town.