Poison Ivy & the Gem that is Jewelweed 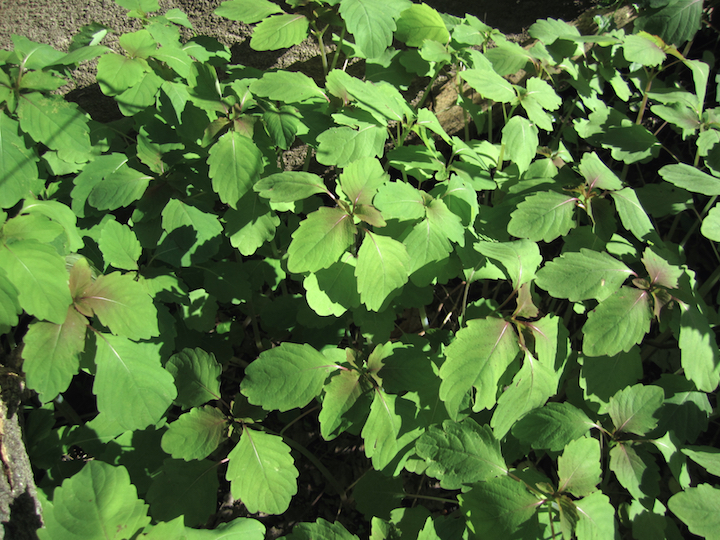 A couple of years ago, I was out in my backyard doing a bit of cleaning up, without wearing gloves (not a wise decision).  However, I wasn’t bothered when I brushed against the Stinging Nettles, as they are my pals and I quite welcome their stings.  But then, I inadvertently brushed up against a sprig of poison ivy that was waiting in hiding.

Scratches from rose thorns don’t bother me much. Even the occasional bruise or abrasion doesn’t faze me. But brushing up against that Toxicodendron radicans makes me very nervous, and had me seeking out the antidote, without which, I am likely to develop a nasty, angry patch of itchy bumps, sores and blisters.  If I don’t treat them, they will stick around for a month or more. 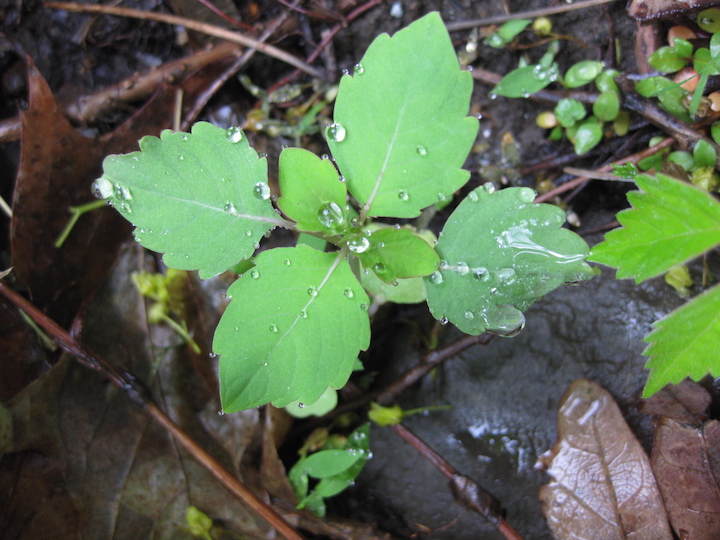 Luckily, I have a poison ivy salve, made from Plantain and Yarrow, which works really well in clearing it up. Then again, I’d sooner not have to deal with it in the first place. That’s why I turn to my old pal, Jewelweed (Impatiens capensis), or occasionally, Pale Jewelweed, (I. pallida). I take the juicy stems and rub them thoroughly on the area I think has come in contact with poison ivy oils and it prevents the rash from developing.

Well, I hadn’t seen Poison Ivy in my yard for years, so this sneaky little sprig, got me by surprise. As fate would have it, there wasn’t a leaf of Jewelweed growing within half a mile of my house. What was I going to do? The solution hit me almost immediately. I spent the next 20 minutes cleaning out my freezer drawer, which gave me the chance to rearrange it and dig out some old forgotten items (many of which wound up in the recycling bucket). Now, I was able to organize what was left, with room to spare. 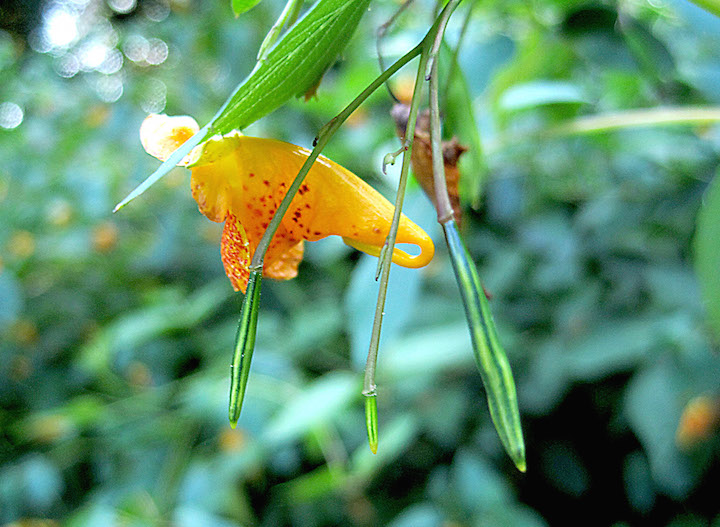 I guess you may be wondering what this all has to do with poison ivy. Well, while cleaning the drawer, I was able to retrieve a small freezer bag containing several dark green ice cubes. These were what I was looking for. I had found my much-treasured Jewelweed cubes. They shone with inner and outer radiance, as if to say, “We are here to rescue you.” And I knew that they would keep their promise.

I rubbed any area that I thought might have been exposed with the ice, paying special attention to the areas between my fingers.  Most of the ice cube was still intact after that, so I put it back into the bag and returned it to the freezer. It should last a very long time at this rate.

Every year, at The Nature Place, I make sure to show the campers how to recognize Poison Ivy and Jewelweed and teach them how to protect themselves in case of exposure to the former. Even the most susceptible campers can be kept safe from Poison Ivy rash.