By March we kids knew that winter was nearing its end. The chickadees that survived the cold, the snow, and the long nights were now dancing around wet Hemlock trunks, picking for food and singing a song that declared “Spring is com—ing!” Deer now dug through the melting snow and found last season’s acorns while the squirrels desperately tried to remember where their hidden nut stash was. But most remarkable was the skunk cabbage. Down along the cold wetlands we kids found the thick nub of skunk cabbage surrounded, halo-like, by the melting snow. The skunk cabbage begins to heat up through the frozen ground. By the time it breaks the surface its warm cabbage heart has melted an opening in the snow crust. 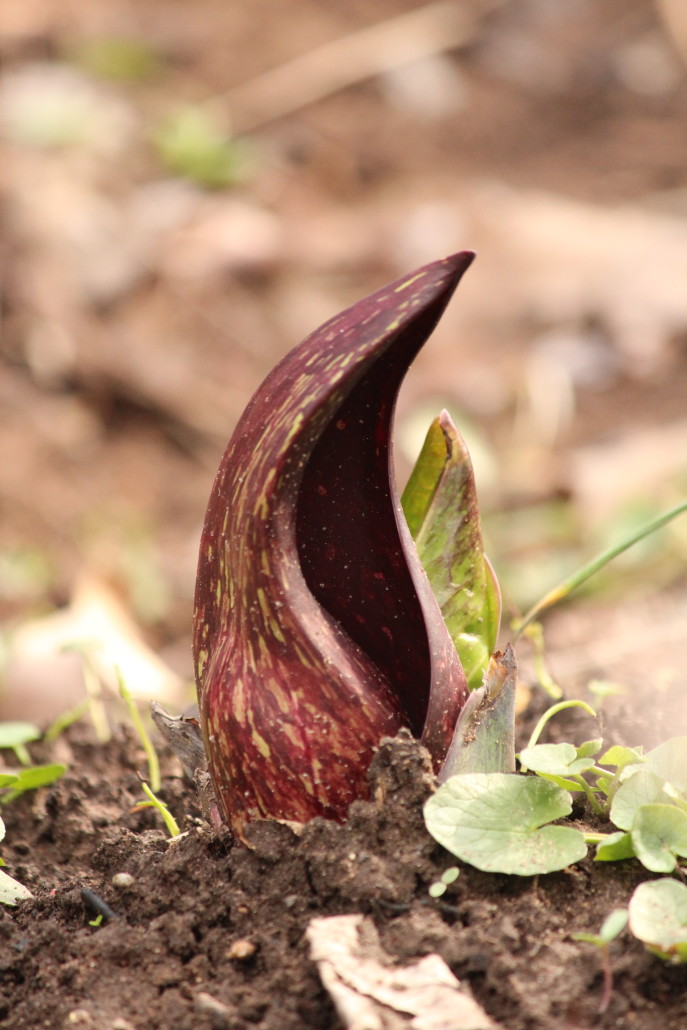 Ricky Cramshaw and I were sent up along the Ramapo River to find some new cabbage hoods, (which are called spathes) brownish with a purple, shell-like pod and splotched with a green splatter. We were to yank a few of them from the cold earth and bring them back to Grandma Cramshaw. Ricky’s grandmother woke up with a nagging toothache and wanted the cabbage for a remedy. We walked up river under the railroad trestle and into a low lying place just below the well field. Sometimes a few skunk cabbages could be seen here. As we stepped through old broken ice and felt the spongy earth below our boots, I entirely forgot about our mission upon spotting some mink tracks. Mink tend to print their tracks in sets of two, toes spread like little hand prints. I wanted to see what the mink was up to so I followed the tracks back to the water.

I looked at him over in the wetland, pulling off his gloves and hunkering down to grab a brown-hooded pod. Walking over to him I spotted another little splotched spathe in an open snow hole. I pulled off my gloves, squatted and wrapped my hands around the warm, hooded pod and yanked upward, landing on my butt. I grabbed the skunk cabbage nub and pulled as hard as I could, but this cabbage must have been hanging onto a boulder underground. I gave up and walked over to help Rick with his. We wrapped our hands together, counted to three and pulled straight up. Then, with a sucking sound followed by a deep gurgling, a long, pale, slimy root came up out of the earth and popped free. By now, after wrestling with this brown-headed, purple pod, its pungent odor (for which it is named) was so strong we could taste it in back of our teeth.

I said, “Why does she want these?”

“She got a toothache.”

I looked at the gangly pod and root in our hands and I said, “Doesn’t she know about the dentist?”

He shook his head and said, “She won’t go to Doc Yankee.”

“Doc Yankee: she calls him that ‘cause he yanks teeth out of your head.”

So we took the skunk cabbages, spathe and root, muddy and cold back to his grandmother. The old woman chopped them up on a board near her sink and soon the whole room was deeply skunk-scented, even her pig monster dogs wandered back into the house and crawled under the furniture. She slid the mess of stinking, slimy skunk cabbage into a bowl and then set it on her kitchen table. Then, standing over the bowl, she inhaled the cabbage stench once, twice, and then a long, deep, third time. She touched her cheek and smiled, the toothache was gone. She looked at us and said, “Now that’s good Polecat Weed!” 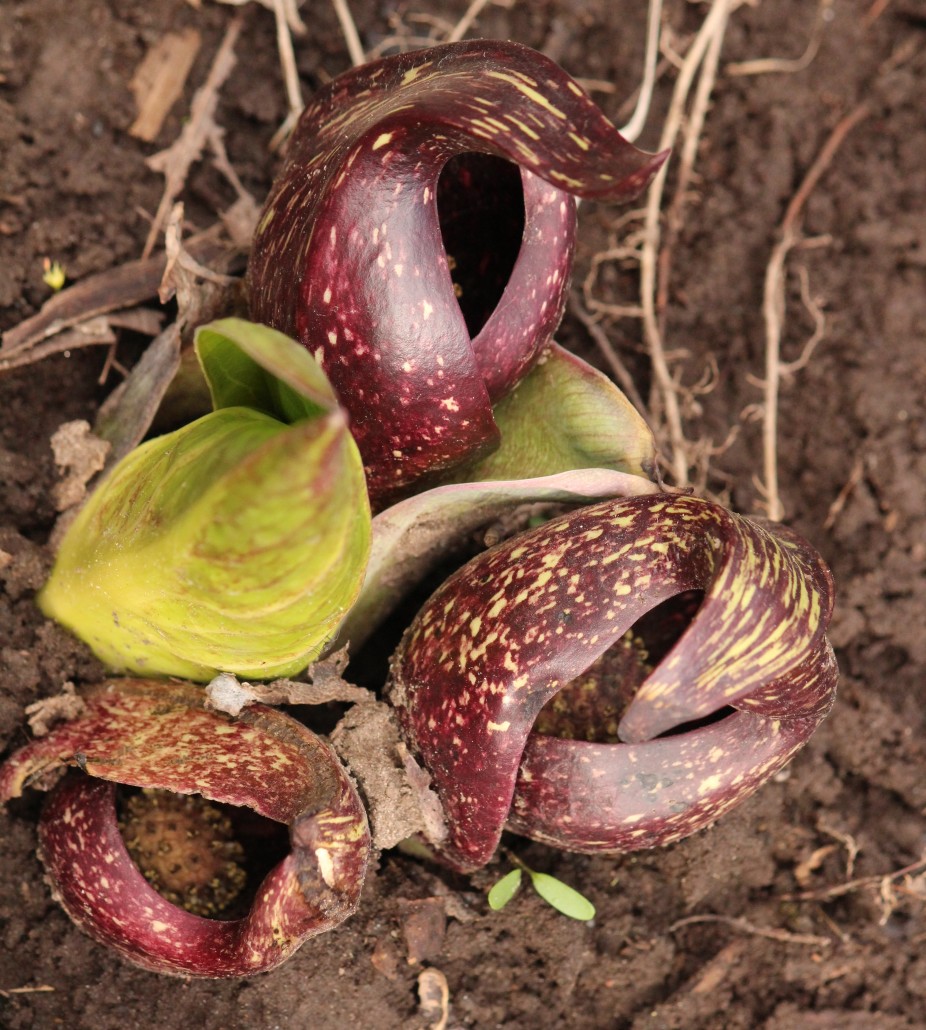