Ricky Cramshaw’s grandmother had introduced us kids to the Winter Solstice, and from then on we gathered with her on Dec 21 to burn a little dried bush along with some other things, and to thank Creator for the sun on the longest night of the year. There weren’t too many others in the village that openly celebrated this ancient holiday, but quietly, and in his own way, my dad Walt did. This usually meant a little twig fire in the backyard. My Irish Catholic mother Tessie avoided this. Clearly she disapproved.

Living on a dead end street in the last house before the Thruway, we seldom did any outdoor holiday decorations. Sometimes Walt stapled a string of tree lights around the front screen door. We did have a sickly little white pine, about six feet high, which looked like a sad little Charlie Brown Christmas tree, but it wasn’t strong enough to hold any decorations. My sister Terry planted it in our shady little dirt patch of a front yard, and for three years it inched its way upward but seldom produced a new needle. Walt tried to wrap it with Christmas tree lights but the poor little tree bent over and practically laid flat on the ground.

One December, just after Chanukah and a day before Solstice, it snowed heavy. In the morning we woke to a half foot white blanket. After breakfast Walt went out into the back yard and dug up his damp pile of kindling. Carefully he spread out the twigs in the garage to dry. Tessie was amused by this turn of events and told him the weather was against him. By late afternoon he had me sweep clear a place in the front yard, a few feet from Terry’s sad little white pine. The ground beneath the snow powder was cold and hard. Walt organized his little kindling twigs into a teepee shape on the frozen ground. He balled up a bit of newspaper, inserted it under the teepee and put a match to it. The paper burned itself out but the twigs did not light up. Not to be defeated he went to the garage and brought a handful of straw from the horse stable. Carefully he inserted the dry straw, put a match to it and we watched the straw burn up, but not the gathered kindling. He took out his pipe, lit it and sat on the step next to me. We stared at the dysfunctional Solstice fire and at the spindly excuse for a pine tree next to it. Our front yard, despite the snow, was not very seasonal.

After a bit, Walt got up and walked around back to the garage. He returned with a red can of gasoline. Standing over the kindling he poured fuel onto it. Then he poured a little more. He thought about this and then poured a little more again. I moved further away along the step. He took a small wooden match, struck it and dropped it on the drenched kindling bundle. He stepped back. The burn moved slowly across the top of the kindling, then dropped inside and then imploded and leaped up a good five feet, jumped into the white pine and torched it. The flames did not last longer than a couple of minutes, and left behind a little circle of black ash and a single burnt stick that used to by Terry’s white pine. 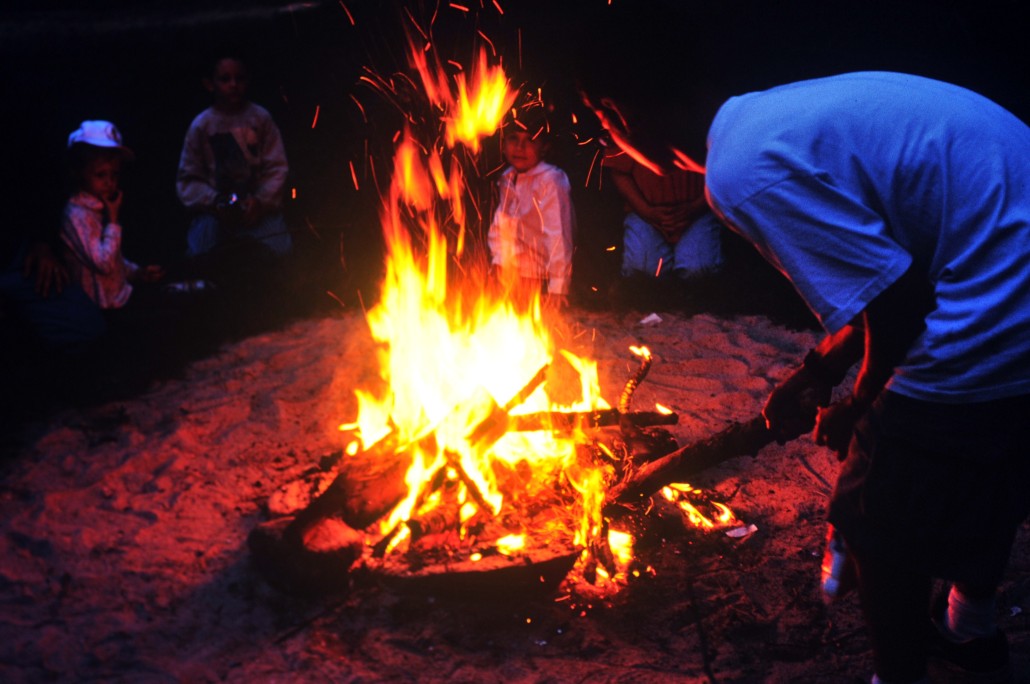 Walt looked at me and said with satisfaction, “Now that was a Solstice fire.”

The black pine spindle remained frozen in the front yard for the rest of the winter. Tessie called it Walt’s Pagan Stick. Terry went out and offered a Christmas prayer for its miserable lost pine soul. When the spring came we pulled it down and planted grass seed across the dirt patch, which didn’t take except for the little circle where the pine had stood. It was like a little yard for an elf, maybe a Solstice Elf.