Chuck Stead, our beloved camp storyteller, recalls daydreaming during class in Catholic School, and what his Third Grade Nun had to say about it…

It happens at the end of every summer. Come September, there is the ritual return to school. The beginning of my third year at Catholic School was much like the year before. Marching in well-ordered lines from the playground/parking lot into the tan-bricked school building and up into our first-floor classroom, we were returned to our formal training. Ricky Cramshaw, Cousin Buzzy, and Cindy Maloney were across the street at the public school, which was called the Washington Avenue School. But I was sent to the Sacred Heart of Jesus school, where my mother Tessie hoped I would be inspired to lead a sacred life. My dad, Walt, didn’t care which school I went to, as long as I skipped as many days possible and spent them in the woods.

Our teachers were called Nuns, and they were women who wore black and white robes with hats that were called Habits. Ricky observed that they looked like penguins (and they did, sort of). My First Grade Nun was an elderly woman who didn’t seem to know why she was there. My Second Grade Nun was an exceptionally short woman, who was one of the toughest Nuns I ever met. But the Third Grade Nun was just the opposite. She was tall and gentle and she sang out constantly—beautiful psalms and hymns while we were doing lessons. She even taught us to sing. She was the first woman teacher at this school whom I was not afraid of.

During the first week of school, I found myself assigned to a desk near the window. The maples had yet to turn and the squirrels were busy running about the branches and pulling on fresh, new acorns. No matter what the subject, my thoughts drifted away and out the window, first to the squirrels in the trees and then further on to the woods back home. At mid-morning of each school day there was a recess, wherein all the kids were marched out to the hall and then each one took a turn to visit the bathroom, whether you needed to or not. On the third day of third grade, when we marched out to the hall, this singing nun (whose name was Sister Barbara Ann) stopped me and looked into my face and said, “Master Stead, for the past three days I have seen you stare out the window and drift away into the trees out there.” 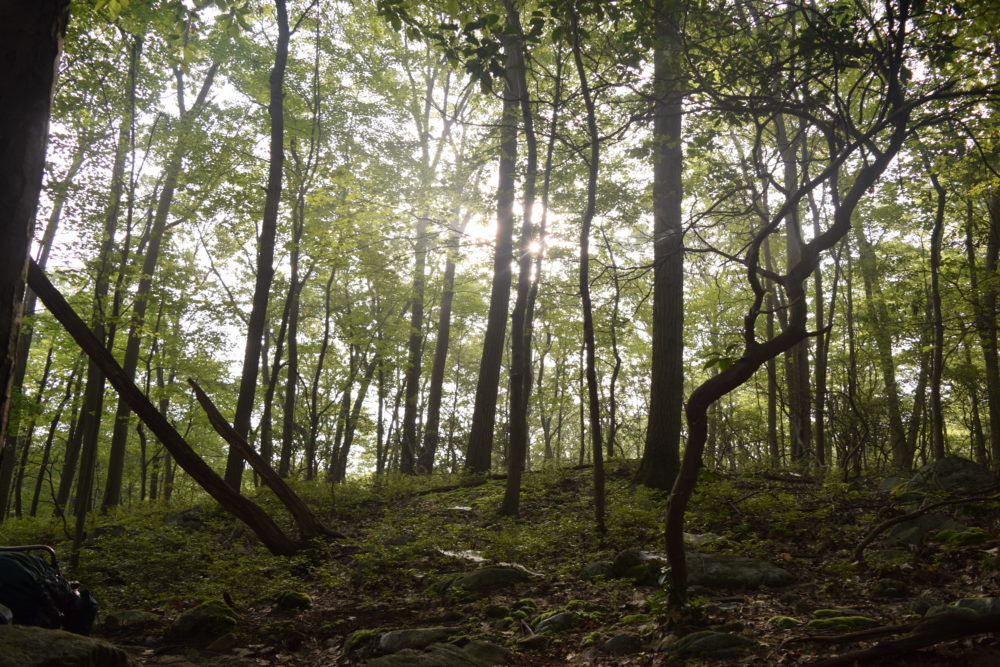 I nodded my head in agreement, since there was no sense in hiding what she already knew. But then she said this, “And I can see by your face that you go beyond the trees to some other place.”
Again, I nodded, but I was now scared that she could see inside me.
She said, “Where do you go?”
I spoke slowly and said, “Up the mountain to look for animal tracks.”
“What kind of animal tracks?” she asked.
“Squirrel, opossum, coon, cat and dog.”
“Why?”
I told her, “Because that was how nature writes its story.”
She looked at me and her face was full of wonder. She said, “I’ll tell you what, Master Stead, when I see that look in your eyes and think you are searching for animal tracks, I won’t call on you, OK?”
I nodded my head in agreement.
Then she said, “But sometimes I will need to call on you to help me answer things about places and arithmetic and about double negatives…”
I said, “I ain’t got no double negatives.”
She smiled and said, “I don’t got no negatives neither.”

She then stood up and sent me to the bathroom. And for the rest of the year, I knew there were times when she saw that I was looking out the window, and she did not call on me. Sister Barbara Ann was my first favorite teacher, for letting me go away when I needed to.