Wild food forager Paul Tappenden shares a few creative ways he loves to use dandelion root in regular cooking. You may be surprised at just how versatile this pervasive plant is.

I’ve found many different uses for Dandelions during my time as a forager. Each part of the plant, from the flower to the root, has several purposes—from wines, to dyes, to foods and medicines.

The root is unquestionably the most versatile part. I’ve often written about how I grind and roast the roots to make a tasty coffee substitute, but the same ground roots can also be used in other ways. A few years ago, I reconstituted some in a gravy, adding chopped onion, garlic and herbs, to create a substitute for minced beef. It worked so well, that I have made it several times since, refining my recipe each time. 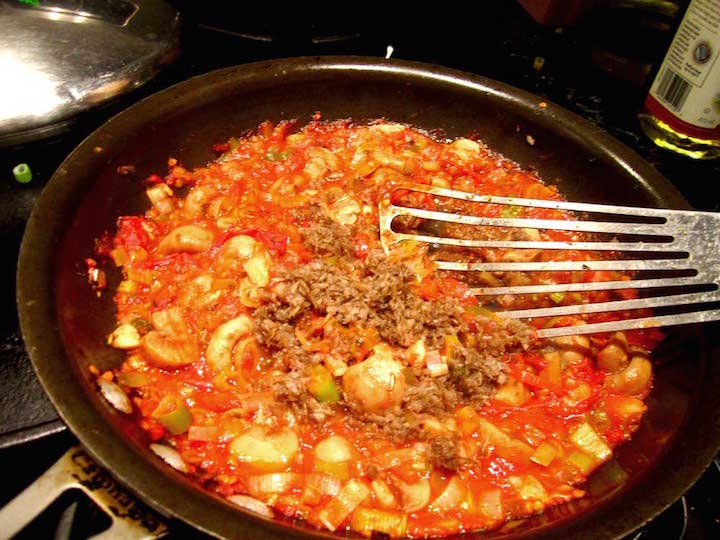 I’ve used my fake chop meat in pasta sauces, chilis, stuffed peppers and pastry fillings. I’ve even combined it with egg and acorn flour to create faux meatballs. By adding other textures. like acorn grits, ground Maitaki mushrooms, or mashed lentils, the texture and flavor can be adjusted.

I find clean straight roots, I put them aside. Once I have a few, I take a potato peeler and cut the roots into long strips, which I dehydrate and reconstitute in a sauce. I then semi-dehydrate the flavored roots until they have a texture like jerky. Again, it took several tries to get it just right, but now it is an oft-requested munchy. 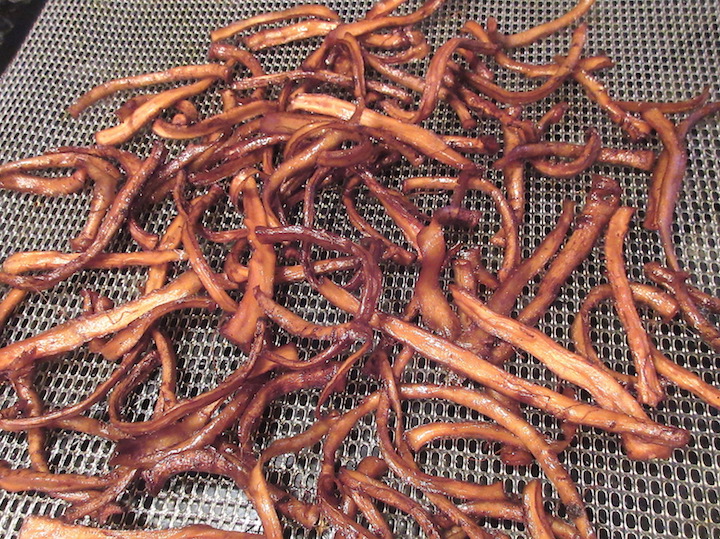 Another popular dish, is my wild, vegan version of Jamaican patties, using curried dandelion-root-filling in an acorn crust. Whenever I take some to an event, they disappear rapidly.  Not only are they tasty, but they are organic, non-GMO and full of nutrition. 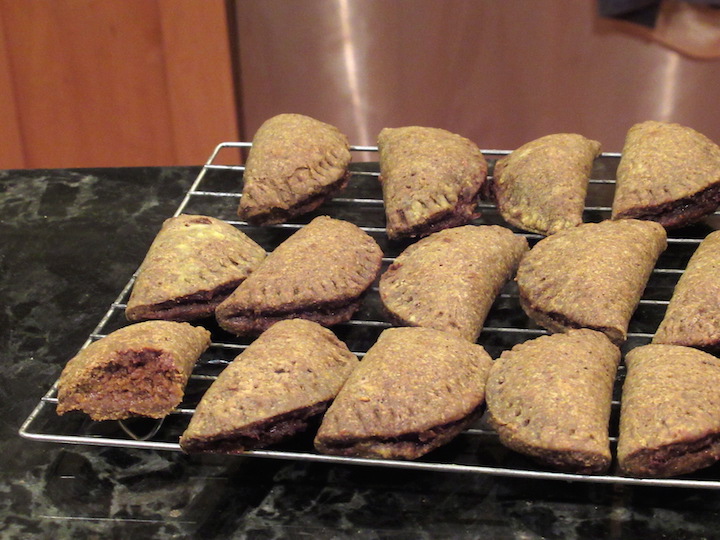