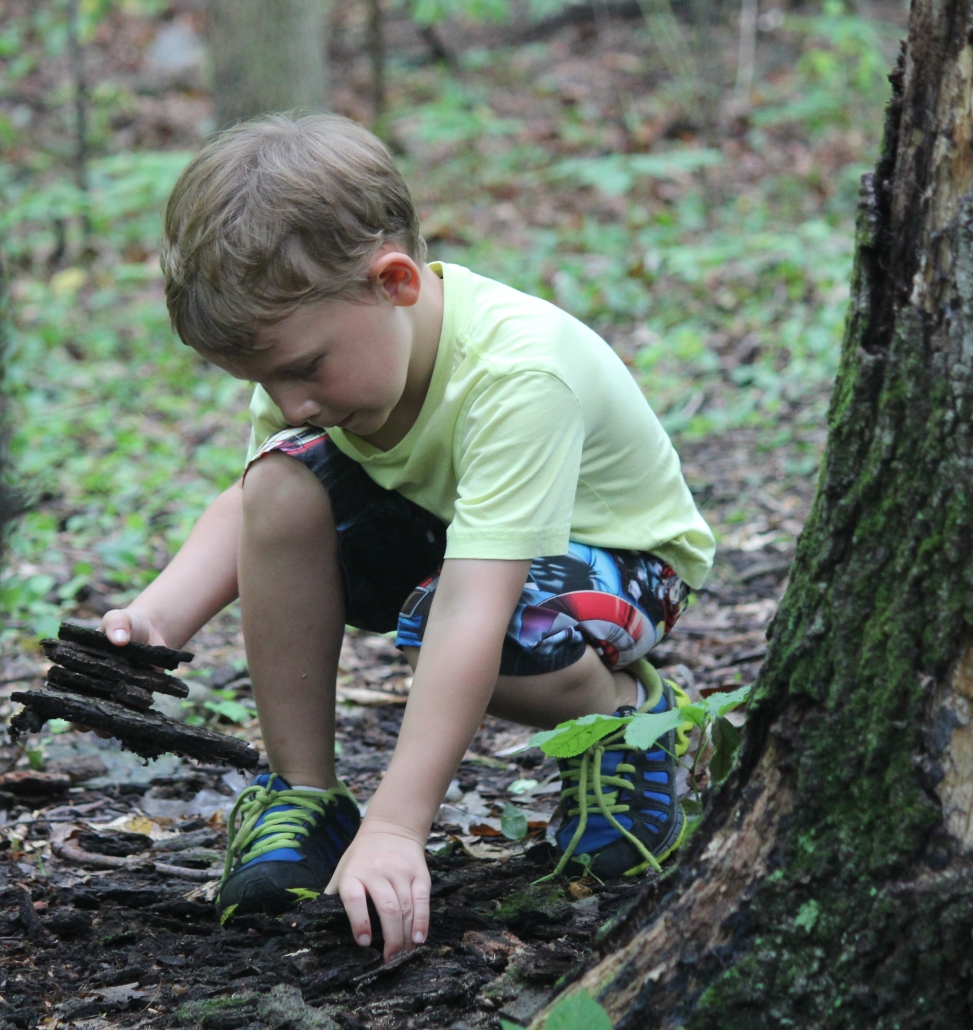 There was an old lady in the village by the name of Hoffman. She was a friend of the Cramshaw’s grandmother. We thought of her as being kind of magical. She told us to leave food out at the end of winter for the ‘wee’ folk. We used to leave out bread crumbs. Mostly we found that the birds, squirrels and chipmunks came for them, but she said the wee folk also came. These were like leprechauns and fairies, but when we searched for their tracks in the show she told us they were careful not to leave any. She said they sometimes rode on the backs of the animals to get around. While I believed in a great many things that were magical, I drew the line at these wee folk. Dougy, Ricky Cramshaw’s little brother, drew no such line.

Up on McGregor Hill above our street and below the Motel on the Mountain, Dougy happily searched for signs of the wee folk in late winter. He was worried that the old bread crumbs and stale cereal were hoarded by the animals and the wee folk did not get their share. He stashed the food in rotted tree stumps, hollow logs, and where the moss grew thickest. He revisited and studied the animal tracks looking for sign. And then one day, after an early morning flurry, he found it. There in the cotton-soft snow were little tracks, human-like, no more than half an inch long. He pressed his finger near to one and held it there until the melting snow chilled his finger numb. He put his finger to his mouth and blew his warm breath against it. The tiny footprints disappeared under a log and as he studied them his finger burned, losing its chill. Then he knew what he must do.

With an old scissor he cut various shapes from a scrap of bicycle inner tube, then struggled to fold and glue together a tiny pair of winter boots. The glue did not bind the little snippets of rubber together. Next he tried to mold electrical tape around the foot of a small rubber dinosaur but the tape collapsed when he slid it off. Then he took two of his mother’s fake finger nails and curled tinfoil over top of them, but the shape was all wrong; they looked more like skis than shoes. Finally, he went to his grandmother and told her of his problem. She went into a small chest of drawers, rummaged around and brought him a tiny pair of black plastic boots. They were perfect. He thanked her and ran off with them. He was so excited it never occurred to him to ask what their origin was.

Back at the hollow log, he scattered some bread crumbs and then carefully placed the miniature footwear just inside the log. That night he was in trouble for wasting his dad’s electrical tape and for playing with his mom’s plastic finger nails, but Dougy didn’t care. He knew somewhere that night on McGregor Hill a happy little wee folk would keep his feet dry. That was all that mattered.