Most winters gave us something of a white Christmas and almost certainly a white New Year’s, but there was one year in my boyhood we had neither. It was cold enough to have snow. The frozen mud of tire tracks along the edge of the roads curled up like crispy corduroy trousers. The pond was rock solid ice and most of the river was skate worthy. There just hadn’t been anything falling from the sky. It was a hard, cold winter. Dougy Cramshaw was disgusted. Every morning he leapt from his twisted blankets and comforter, ran to the window and gazed out onto the valley below, where the only white he saw was the long hard white concrete of the New York State Thruway, its cars and trucks speeding by without concern for slippery conditions. Dougy was utterly disastisfied!

Then it occurred to him that the inside of his mother’s freezer section of the refrigerator was encrusted with snow-like frost. So, he carefully scraped away at it with a large spoon and packed a tin cup full of the stuff. He then bundled up and ran outside. Hands freezing, he formed a snowball – the first of the season. Now he went looking for a target. Although he had put his cloth mittens back on, holding this chunk of frozen frost moistened his hands and in turn slickened the ball of intended winter fun. As he crossed over the top of Mountain Avenue, he spotted Ian Keppler, a notorious bully in the village. Ordinarily, Doug would have run in fear, but he was empowered beyond reason with his secret premature snowball.

Doug shouted at Ian, “Hey you, don’t you chase me, I got a snowball!”

Ian took the bait and charged toward Dougy shouting, “You ain’t got no snowball!”

Little Dougy then illustrated that tossing a hard as rock frost ball makes for a very accurate throw. The ball clobbered Ian in the chest and he landed on his backside. The frost ball bounced off of him and then struck a tree and took off some bark! Dougy turned and ran down Second Street with Ian Keppler hot on his heels. Keppler caught him and tossed him down and was about to pound him, when he realized they had landed in front of Cousin Buzzy’s house. Buzz was on the front porch messing with an old generator that uncle Mal had given him. He looked up and saw Kepler hunkered down on top of a trapped Dougy. Buzz called out, “What’s this about?”

Keppler shouted back, “He hit me with a snowball!”

Buzz glanced up at the sky and said to Keppler, “Now how did he do that? There ain’t no snow.”

Keppler stammered and as Buzz got up and stepped over the heap of generator parts Kepler said, “I don’t know how he did it, but he did it!”

Buzz walked down to them and ordered Keppler off of Dougy. The bully obeyed reluctantly as Buzz carried with him an air of uncertain danger. Buzzy said to Doug, “You OK?”

Dougy said that he was just fine and then Buzzy turned on Kepler and said, “Now go away!”

Kepler went back up over the top of Mountain Avenue and Dougy got up and explained to Buzzy that he had indeed attacked Kepler with a Frozen Snow Frost Ball, made from his mother’s freezer. And Buzzy so admired little Doug’s ingenuity that he said there and then, “Well Cramshaw, I think you just invented Snowflakery!” 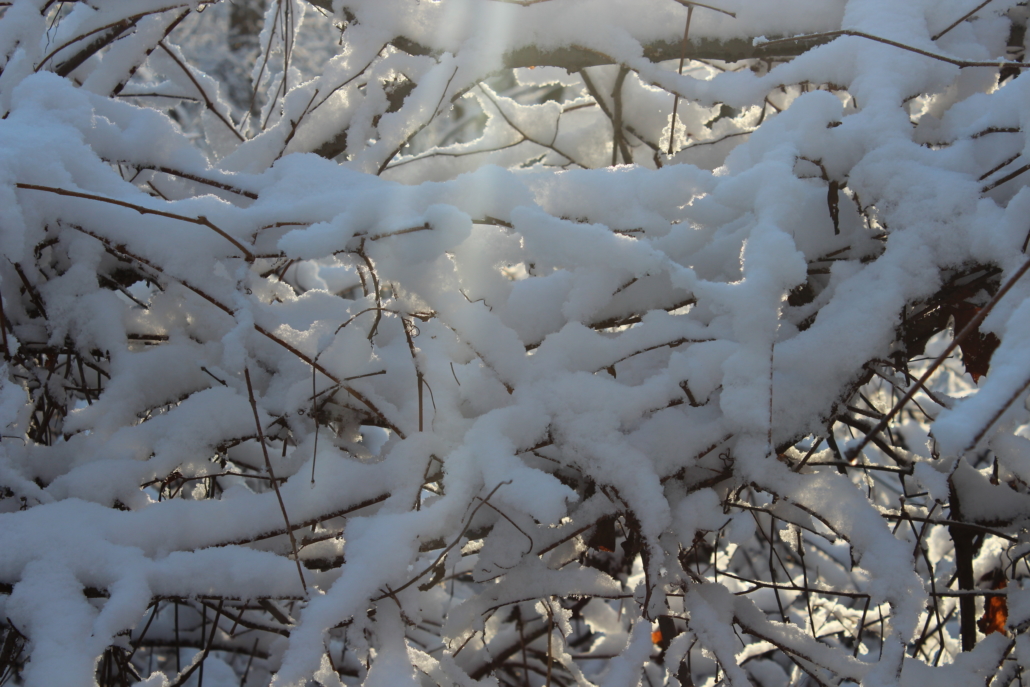