Chuck Stead, our beloved camp storyteller, shares a peak into a character with a mysterious, muddy method of self-preservation…

About a year after my grandfather passed, it was observed that I had become a sullen and moody soul. Apparently, I was still waiting for him to return. My dad, Walt, started to take me on his ‘rounds’ in the evening when he paid calls upon village elders. I listened to their stories, their gossip, and their lives. It was time, according to my mother, that I learn about other things. But all things, for me, were connected to grandpa, whom we called Heebie Jeebie.

Along with my dad, my uncle Mal took me around to ‘learn about other things’ and this is how I met the root drinker. In the drive up to his house, Mal talked about how the root drinker had been diagnosed by doctors with an incurable cancer and had little time left to live. Mal said, “That was twenty years ago and he’s doing just fine still.” I asked how he was doing fine and uncle Mal said proudly, “He’s a root drinker!”

The house we came up to had bundles of twigs and dried flowers, and heaps of grass tied in long braids all hanging from the open ceiling of the front porch. As we walked under the porch roof, I looked up and saw the sky, realizing that there were only roof rafters for tying plants in the air and no actual roof cover on the porch. Mal called out to the man to let him know we had arrived. I saw the door open and we were greeted by a very healthy-looking man who smiled a very gritty set of teeth at us. He was happy to have us visit and he told us to come in and to sit down.

We walked in and it was very dark and kind of musty smelling. I looked up. There were the roots: thousands of different roots hanging from the ceiling. They were so clustered together that I felt we had gone underground and were now looking up at the very bottom of a forest. These roots were tied in bunches, some of them caked with clumps of earth and others clean and dry. He called us over to his table and showed us his book. It was an old tattered notebook and it had been his grandmother’s root drinking recipe book. He had kept it as a family heirloom and then when he was diagnosed with cancer he poured through the scribbled pages and detailed recipes left to him by a woman from another time. There were even little drawings to help identify the different plants and to show how to scrape the root skins and how to chop and shred the different roots

He was very proud of his grandmother who he told us lived to be over a hundred years in age. She had told him of when she heard about Lincoln being killed. She told him about learning of the death of Chief Sitting Bull. And she told him about hearing Mark Twain tell stories of his adventures in the Sandwich Islands. But it was her root drinking recipe book that told him the most valuable thing: how to live.

He poured us both a cup of lukewarm tea that had stuff floating in it. It tasted like mud. But Mal insisted I drink it. I did. The taste of dirt lasted in my mouth for days after. And the image of roots hanging from the ceiling has lasted with me ever since. 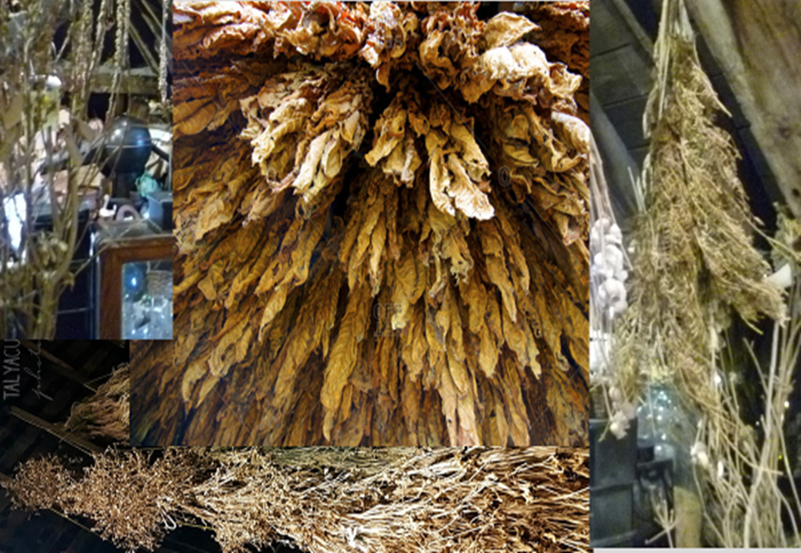