It’s another gray morning as I look out my kitchen window today. Gray skies and even mostly gray bark on the trees as I gaze over the woodland behind my house. What, you say, is wrong with me? Don’t I know that tree bark is brown? Remember how the brown crayons in school were brought out to color the bark of trees we had drawn? It’s taken for granted that all tree bark is brown. Just ask anyone and they’ll tell you its so, but If you go right up to a tree, the bark appears gray, or some shade of gray, not usually brown.

This is the time of year when sunrises and sunsets can be most beautiful. There are no leaves to get in the way of the view. Very recently, I was in Helen Hayes Hospital in Haverstraw. It sits on top of a big hill, and views of the the Hudson River and nearby mountains were grand. I woke up just as the sun was rising and the sunrise over the Hudson was just spectacular, in a quiet way. I wanted to run around to every patient, nurse and doctor and tell them to look out a window.

That probably was the best medicine of the day.

Can you spy the creature who’s ability to camouflage relies on the grayness of a winter day? 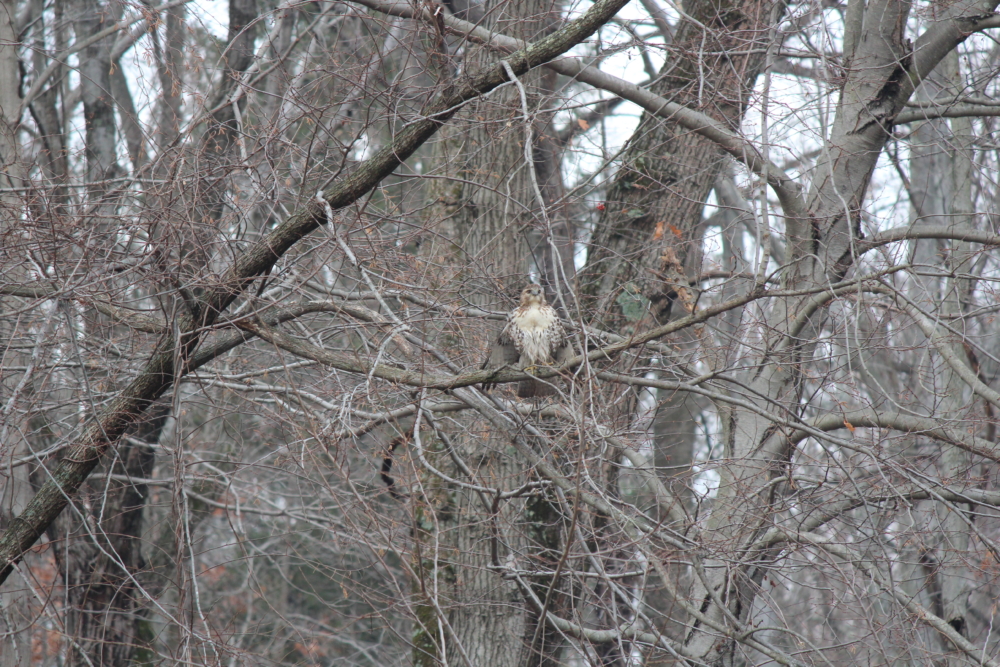