Our cooking instructor, Eva Szigeti, ponders our recent storm and finds the bright side of a darkened home…

We were already getting ready for the spring when a late season snowstorm struck. First, there was light snow for hours with little accumulation. Then, suddenly, the snow started coming down fast. In just a couple of hours, our backyard turned into a winter wonderland. It was a beautiful sight. The trees frosted with freshly fallen snow looked majestic. Then there was more snow, and still more. Under the weight of the heavy, wet snow, the branches bowed and came closed to the earth; then, some gave up and met the ground. Large branches, one after another, were coming down. Then a large tree fell. The old mulberry tree was suddenly gone and, with it, the prospect of an early summer day mulberry feast. We will miss that tree, and so will the birds and deer passing through our backyard. 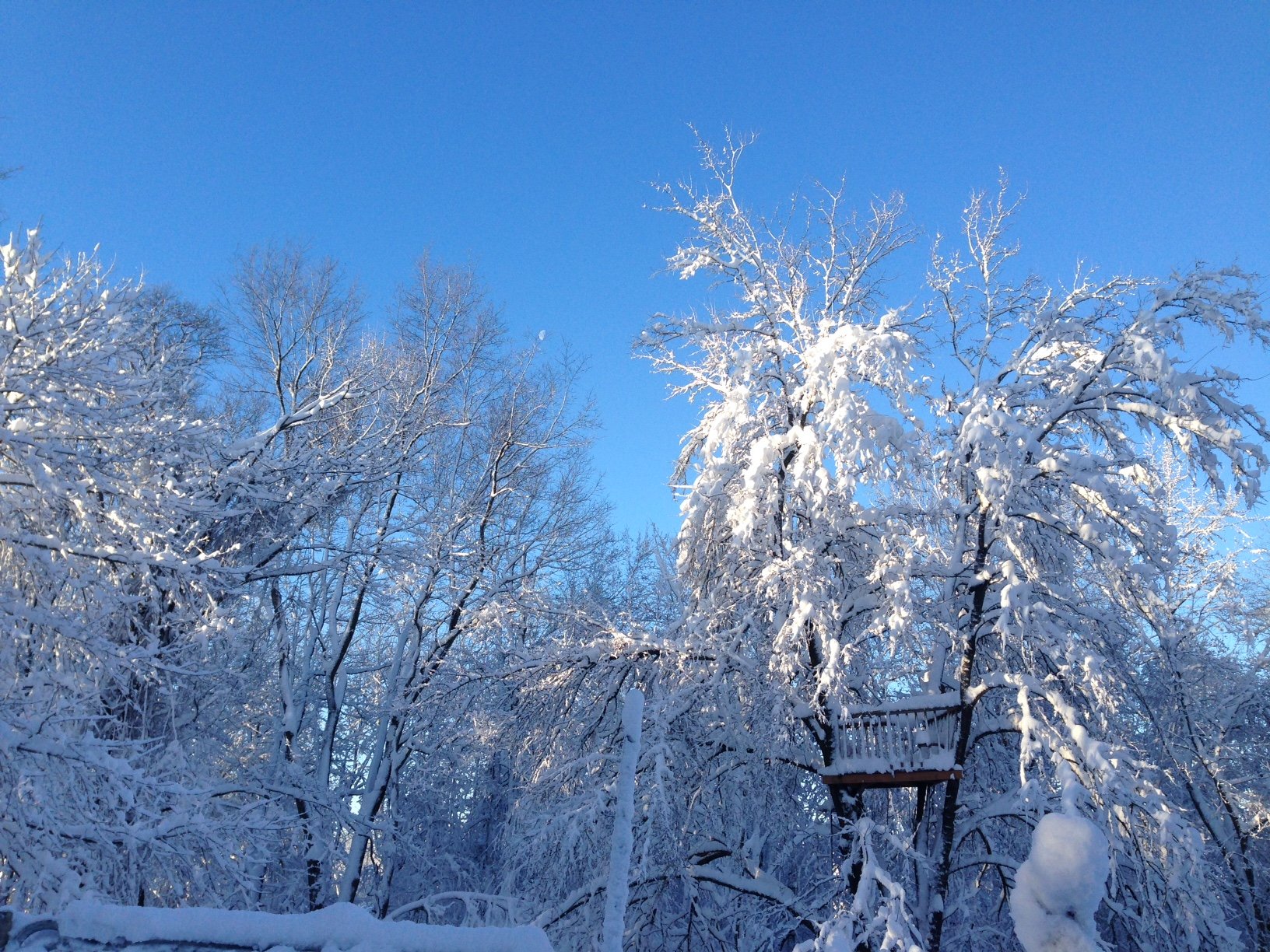 Like many others, we lost power. We were in the dark for two days and two nights. Considering all that can go wrong in extreme weather, we were just fine. No one was hurt, there was no damage to the house. We were a little uncomfortable, but safe. A room temperature of 50 F is not desirable, but again it is not a tragedy either.

The first night without electricity was even fun. The children were running around with flashlights preparing extra blankets for the night. They built a hideout under the table and moved in, flashlights and all. The house suddenly seemed to them much more interested and exiting. It felt like a campground. No screens, or devices, not even books. The goodnight story was told, not read.  My son promptly suggested that we should have a night without electricity every week. Well–a night without lights and devices, but with the heating and the refrigerator running.

The second night without power was harder. The novelty of the situation had worn off, and the house no longer felt cozy. It was cold. We fantasized about our old house and its wood burning stove that had, in similar situations, provided not only comforting heat, but also light entering the room through its glass door. It had even provided a surface for cooking. And now here we were with no heat, no lights, no internet service, no power to operate appliances and gadgets.

Do we rely on electricity too much? ‘Yes’, is certainly the answer. We can, for sure, implement measures that would lessen our dependence on electrical power. However, to what extent these measures would be possible and practical varies household to household. To eliminate the need for electricity entirely does not seem like a realistic solution at all. We can certainly be better prepared for the next short-term power outage like the one we just had, but there is little we can do as individuals in case of a long-term power outage, which would very likely cause significant distress to the fabric of our society.

While having these scary thoughts, and feeling helpless, I found some comfort in the idea of making a chicken soup to warm us. Luckily, the stove in our kitchen is a gas one, so the burners were working. I just needed a match to light them.

While I was putting up the big pot of chicken soup to simmer for our evening meal, the kids opted for grilled cheese sandwiches for lunch. We sliced the bread, prepared the cheese and took out the panini press. Everything was ready to go. Oops! Not the panini press. It needs electricity. It was time to improvise. That day, we made grilled cheese sandwiches in a cast iron skillet on the stove-top. Although emergency-situation meals are often a far cry from their regular selves, these sandwiches actually tasted much better then their panini press relatives. Snowstorm or not, we will surely make them again.

As it often happens, there are tiny crumbs of something good lurking even in unpleasant or difficult situations. 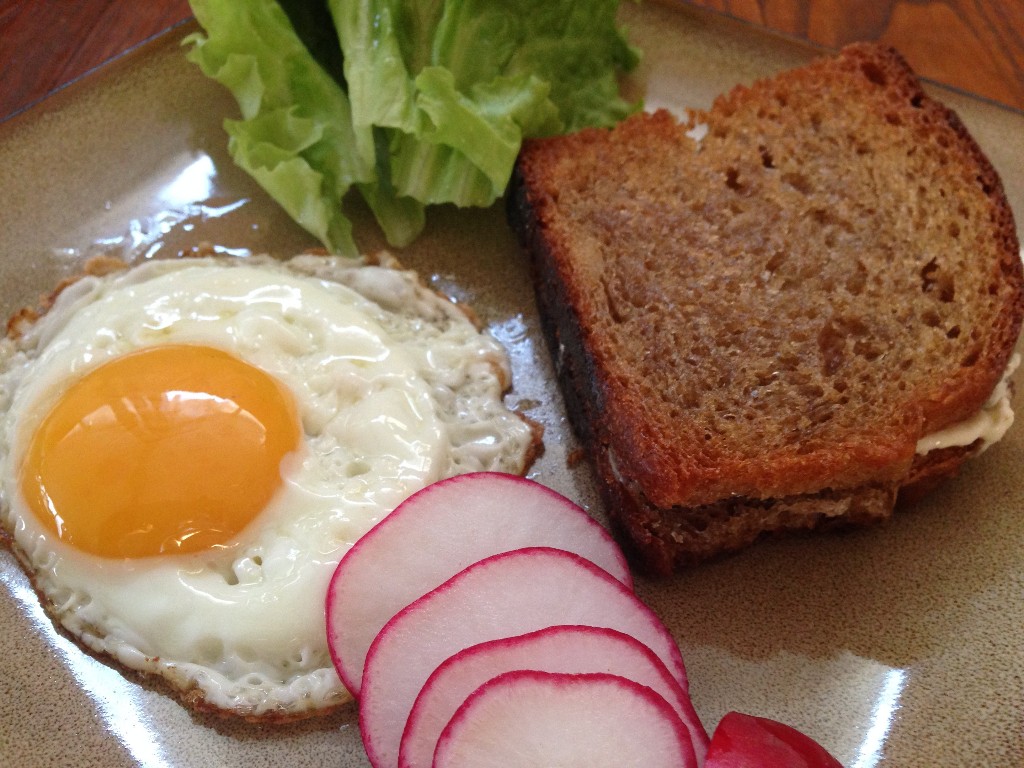 Use good-quality stale bread. Soft fresh bread will absorb too much of the oil, resulting in greasy sandwiches. This is a perfect recipe to use up bread that is no longer fresh.

For the cheese: cheddar, jack, Swiss, fontina, or muenster can be used (or a combination of these/whatever cheese your fridge has to offer).

Mix the grated cheese with minced onions and garlic, if using. Spread a thin layer of cream cheese or mayo on all the bread slices. Spread grated cheese mixture on four of the slices. Use the other four slices to cover the sandwiches.

For a full meal, serve the sandwiches with a salad and an egg sunny-side-up.