The Subtle Art of Worm Summoning

Assistant Director, Emily Selover, shares an activity that’s perfect for curious kids who want to get up-close and personal with nature in the springtime!

Worms are some of the most simple yet fascinating creatures we have on our planet! And they play such an important role in the health of our ecosystem as they move throughout the soil: creating spaces for air and water to enter the soil, breaking down organic matter in the nutrient cycle, helping mix the soil, and of course, pooping out amazing fertilizer that helps plants grow!

Worms are constantly working under our feet, helping the earth function, and yet, we seem to only see them when we dig up the soil, or when a heavy rain sends them to the surface. But what if you could summon worms whenever and wherever you wanted!?!

Enter The Subtle Art of Worm Summoning. Worm Summoning, also called worm charming or worm fiddling, is a practice that’s been around for decades, but these days most people have never heard of it! With this simple technique, you can bring worms to the soil’s surface to get a closer look, or even to relocate some to a newly formed compost pile, for example. Believe it or not–worm charming is considered somewhat of a sport in some parts of the country and the world! Participants and onlookers turn out in droves for worm charming competitions and festivals.

So how do you coax worms to the soil’s surface? It’s easy, just follow these steps!

2: Grab a long stick (about 12 inches long) and push it about three inches into the ground.

3: Find a second stick and quickly rub it from side to side against the one that’s in the ground. Imagine you are very vigorously playing the cello! Keep this up for about 2 minutes and soon you should see worms rising to the surface to meet you! 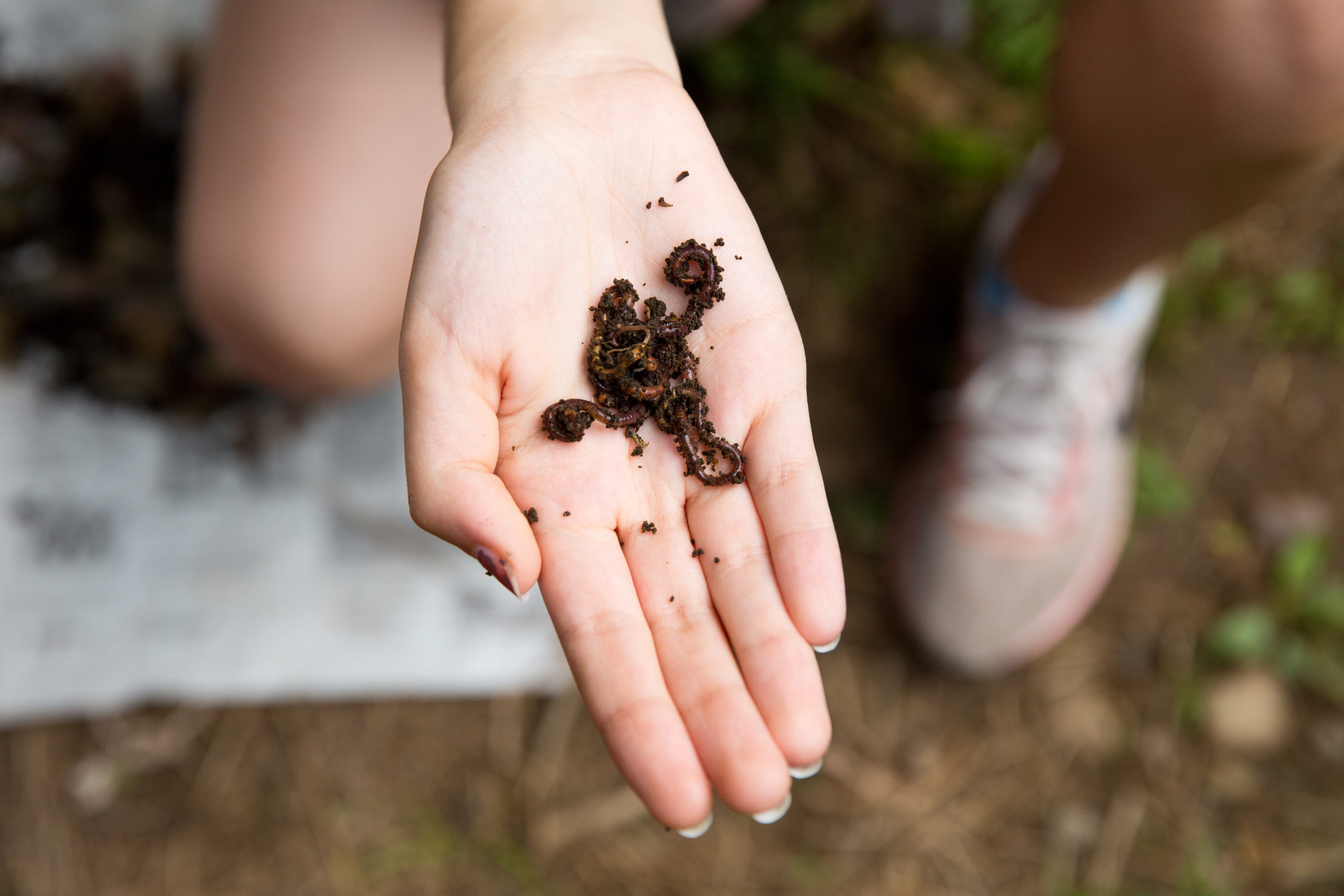 Note: A shovel or gardening fork stuck into the ground and tapped vigorously with another gardening tool may also produce fantastic results.

How many worms do you see?

Baby worms are common during this time of year! Spot any?

If you’re asking ‘why is this happening!?’, you’re not alone!

Scientists have theorized that the vibrations produced from rubbing the sticks together drives the worms to the surface because it mimics the vibrations made by predators moving underground (such as moles). Other animals, such as birds and even certain turtles, also take advantage of this phenomenon by tapping on the earth with their feet, bringing worms to the surface so they can then feast on them.

So give it a try and let us know what you see! Summoners go forth! This activity makes a great day out for kids.

If you like worm summoning, check out our summer camp program to learn more about the other wild and unique activities we offer!