It was not clear just who was responsible for the destruction of Grandma Kiely’s antique tree ornaments, but I was certainly involved.

Every year the half-dozen antique, glass ornaments handed down from my mother’s mother were the last things put on our tree. My mom, Tessie, hung them only after studying the decorated tree for some time. She told us she placed them according to how her mother used to hang them. We had a few other Kiely ornaments but these were the special ones. I thought they were the ugliest things I had ever seen.

We had not inherited any ornaments from the Stead side of the family. Steads were not much for dainty, elaborate decorations. They decorated their trees with unbreakable wood and plastic ones. Mom’s family was Irish Catholic, and they took Christmas seriously. Tessie was very solemn about her six Kiely ornaments…very.

When the incident happened Walt and Tessie were in the kitchen. Walt was pounding bread dough for our annual holiday breakfast and Tessie was trying to find Christmas music on our RCA radio. She slowly dialed the knob searching for the NBC station but all she could find on the Nabisco Broadcast was a discussion about Cuba. She complained, “Who cares about Cuba?”

In the living room I stood sucking on a chunk of Tessie’s Christmas Fudge. My older sisters Muffin and Terry were arguing about the Sandy Becker Christmas Special. It was a televised puppet show. In those pre-muppet days puppets were hand-carved wooden figures, and every character in Sandy Becker’s Scrooge story was specially made. Terry loved the puppetry and she mimicked the voices used in the show. Muffin (who was older and questioned everything) was telling Terry that the Sandy Becker version had made a mockery of the Dickens classic. Terry countered that Muffin lacked true Christmas spirit, to which Muffin countered that the holiday was an excuse for marketing junk. Their voices rose in anger and Tessie kept calling from the kitchen, “That’s enough girls!” Then Terry, in an effort to change the subject, looked at me and observed the wet fudge dripping from my lips.

She said, “Disgusting! You’re a pig!”

Now the truth was I had been drinking Walt’s home-made root beer and I was seriously carbonated with soda. Having devoured three chunks of rich fudge I was ripe for a deeply flavored taste return. Staring at Terry I was struck with the sensation of a warm bubble working up from the depth of my belly. The burp was one of my best. Terry caught it in the face. She screamed and shoved me with both hands, but I caught her by the elbows and we crashed into Muffin, and then all three of us toppled into the decorated Christmas tree. 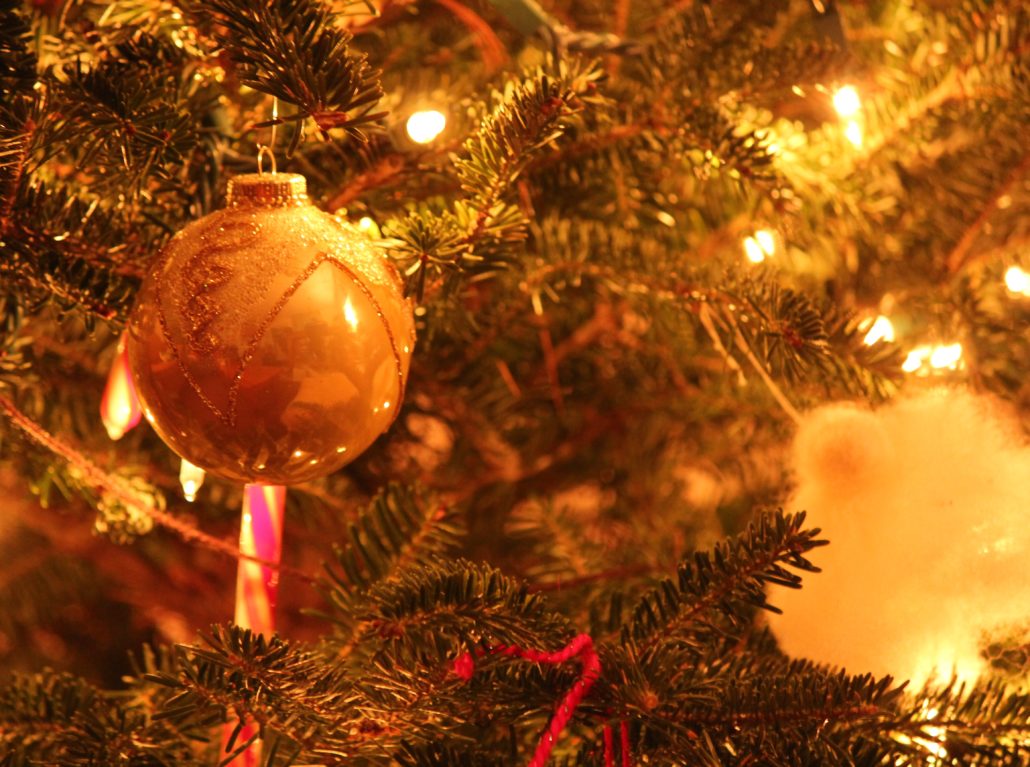 The only things that broke were the six Kiely tree ornaments. After we put everything back together Walt carefully swept up the shattered glass ornament fragments and dumped them into a single, white business envelope. Later that night he used his hatchet to chop open a piece of frozen back yard. Tessie placed the envelope carefully into the hole and Walt covered it over with frozen ground, the final resting place of the six Kiely tree ornaments.